Ombre nails in black and red. The darkening color towards the tip of the nail presents an elegant mood. Enjoy these elegant and glamorous nails!

*We have provided a new version of the prep pad, Prep Pad Plus (+) in the shipping box for better adhesion. Make sure to prep your nails with Prep Pad Plus before application.

How to Use
STEP 1. Wipe nails
Wipe nails with the prep pad to ensure your nails are clean and dry for better adhesion.

Pro Tips.
· When you are in between sizes, using a smaller size is recommended.
· Using a bigger size could affect the longevity of the adhesion. How to remove​ : Applying a few drops of remover on the sides before removal will minimize nail damage.

CAUTION.
Do not force the nails off as it may cause nail damage.

• Glue-free with No Dry Time!

FINGER SUIT is a premium press-on nail brand offering the widest selection of high-quality nails. FINGER SUIT press-on nail is mainly designed for easy application & removal of trendy nails that can be completed in a minute.

·  All our products are available to be shipped via DHL & USPS

·  We ship to : Australia, Canada, Hong Kong, Malaysia, Singapore, and the United States.
*** USPS is available only in the Contiguous States. For purchases from Hawaii, Guam, Puerto Rico, and Alaska, etc... DHL is the only available option right now. ***

·  TAXES AND CUSTOMS : Import duties and fees, taxes and any other charges and fees are the responsibility of the customer.

Thank you for submitting a review!

Your input is very much appreciated. Share it with your friends so they can enjoy it too!

Wore on Halloween, got lots of compliments!

This was my first time using a finger suit product. I didn't find that they stuck particularly well (although I'm a fidgeter, so perhaps that was more the issue). I did get a TON of compliments on these though. They were perfect for my Halloween costume.

This has never happened before but I just opened this pack and more than half the nails were stuck together or the tab was peeled off =( I love these nail packs but this one was a miss unfortunately. 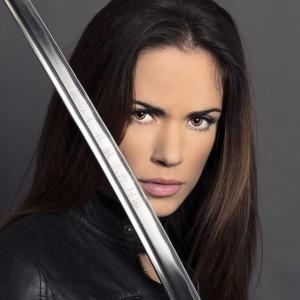 Extremely pleased with these. I bought them because I love the coffin red/black ombre and I admit I was very skeptical. Every single set of press-ons I've ever bought has disappointed me. They pop off easily and have torn my nail beds. Not this one though. The press-ons bend easily instead of popping off and do so without losing shape or ruining the color. The other amazing thing about them was how long they lasted. Almost three weeks. I'm attaching two pictures. The first one was taken right after I put them on. The second, shortly before I took them off. Going on three weeks they still looked great and I cook, clean, and lift (powerlift), type, and do all sorts of stuff. I used the base coat before putting them on, just FYI. And when I took them off the nails underneath were not yellow like they usually are after being covered by press-ons or acrylics or gels. They were nice and white as if I hadn't been wearing fake nails at all. The nail beds had no damage to them. I will be buying more so I hope they add more styles and keep the Twilight set around all year.

I had very high hopes and expectations for these since the gel stickers are FANTASTIC! But I had to take these press on nails off the same night because I went to put my hair up and ended up ripping a lot of it out. My hair got stuck under the nails by my cuticle. I would expect this to happen after a week or so of wearing them but not the same night I put them on! I was very disappointed with them.

Your cart is currently empty.

Continue Shopping
-
Total $0.00
Shipping Taxes and shipping fee will be calculated at checkout
View Cart
You have successfully subscribed!
This email has been registered
Close